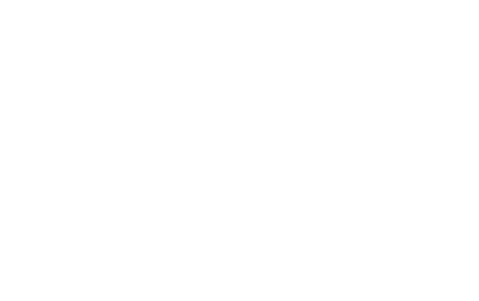 Like many actors Rob McClure may not know what his next big role will be but these days it doesn’t worry him.

“I’m lucky enough to have choices. I’m so used to scrambling, just saying yes to everything,” he said.  “I’m always thinking about tomorrow, but my representation thinks about next year.”

The two-time Tony nominee, who led the cast as Mrs. Doubtfire and has just finished an off-Broadway stint as Seymour in Little Shop of Horrors, stopped by to teach a masterclass in acting for our January Impact Musical Theater Camp.

“I know the value of an arts education because I when I was a kid, I didn’t realize people did this as a profession,” he said. “Whoever gave the grant for me to go to the Paper Mill Playhouse Conservatory in New Jersey, I owe them everything. I was doing Where’s Charlie in high school and was chosen by them as best actor. That got me a scholarship to Papermill where I also got a job in their box office. When the understudy for one of their shows dropped out, I was asked to step in. The play, I’m Not Rappaport, with Ben Vereen and Judd Hirsch, ended up transferring to Broadway with me in it. To think, I started out as the box office kid!”

McClure says that not coming from a family of theater people, he didn’t even see a community theater show until he was 15. He went straight from appearing in a high school production of Anything Goes, to being mesmerized by the horrors of Sweeney Todd, The Demon Barber of Fleet Street.

“I felt I had to be next to the audience to feel that discovery,” he said. “I’m still trying to get people to get that moment. A lot of times I get so caught up in a story you can lose the why. It’s 100 per cent about manipulating the audience.”

McClure says he spent six or seven years unsuccessfully trying out in New York before getting his big break. His ‘aha’ moment came when he realized he’d been wasting his time emulating performers he admired.

“It was only when I auditioned for Avenue Q that I did something unique, used my own instrument,” he said. “We had to present a comedic song. Other people did songs with funny words, but they just weren’t funny. I had a copy of DeLovely, not a comic song, by Cole Porter with me and at the last second decided to perform it as if I were Ernie and Cookie Monster. It gave me my first principal lead, it was the moment I stopped being Anthony Warlow, an Australian musical theater star who was my hero. With Avenue Q I realized who and what I am.

“When I was at school my teachers said it’s about being yourself, but I thought ‘I’m playing a character.’ You have to put yourself through a singular lens. I’m always trying to get the character inside out through my own life experiences.”

One of the first real characters McClure took on was the role of Charlie Chaplin in the musical Chaplin in 2012.

“I was always athletic, and early on I got a reputation as a person who will say yes to anything,” he said. “Even if I don’t know how to do it, I will figure it out. It was the kind of thinking Charlie Chaplin had. He wasn’t born to do the things he did. If I’m cast to do something I can’t do it lights a fire under me to deliver, for example walking the tightrope like I did in Chaplin. It makes me feel that I have to. It’s the best way to learn; trial by fire, sink or swim.”

They say that timing is everything. After highly acclaimed performances in Honeymoon in Vegas and Something Rotten, taking on the lead in a new musical version of Mrs. Doubtfire seemed like a sure-fire hit.

“When Covid hit it was the first night of our previews,” said McClure. “We closed down on the third preview. We tried to reopen but the vaccine mandate made it impossible for families because children couldn’t go. Then there were new surges and variants. It was the worst timing possible.”

Although the show did re-open after the shutdown, it only lasted a month.

The 40-year-old star says the role he’d most like to play, when he’s a little older, is Ebeneezer Scrooge.

“He’s the greatest character I could take on. I love roles where you start out as one character and become another.,” he said. “When I read a role, I try to think about the impact on the audience members, they are the viewer. I try to find moments that will make me gasp.”

When not treading the boards, you might see McClure show up on the big or small screen. He’s just finished filming a role in the final season of The Marvelous Mrs. Maisel. He’s also committed to educating young actors.

“I try to tell children you should really think of Broadway as a stop on your journey, not a destination,” he said. “Some of my favorite memories are from places like the La Jolla Playhouse in San Diego or the Edinburgh Fringe. It shouldn’t be Broadway or bust; not tied to 40 square blocks. Let your dreams take you where they may.”